This photo of Calvin Hetrick was published in an article titled "Collectors Have Prize Specimens" in the February 14, 1958 of the "Bedford County Press" newspaper. The newspaper article reports that the rifle Calvin Hetrick is holding was made for Moses Wright by Peter White in 1810. That is now thought to be incorrect. This rifle suggests that the gunsmith Moses Wright apprenticed with Peter White. 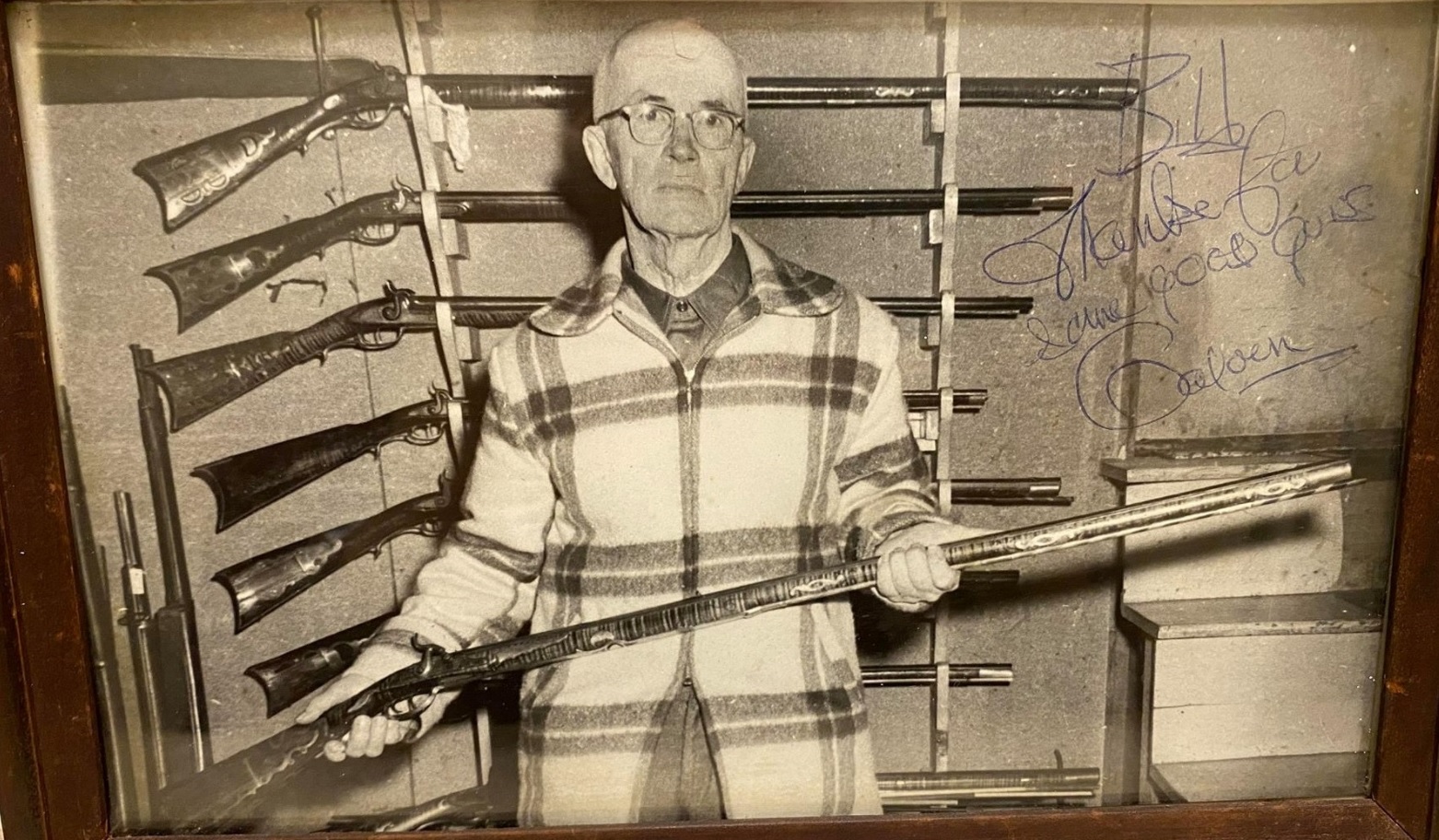